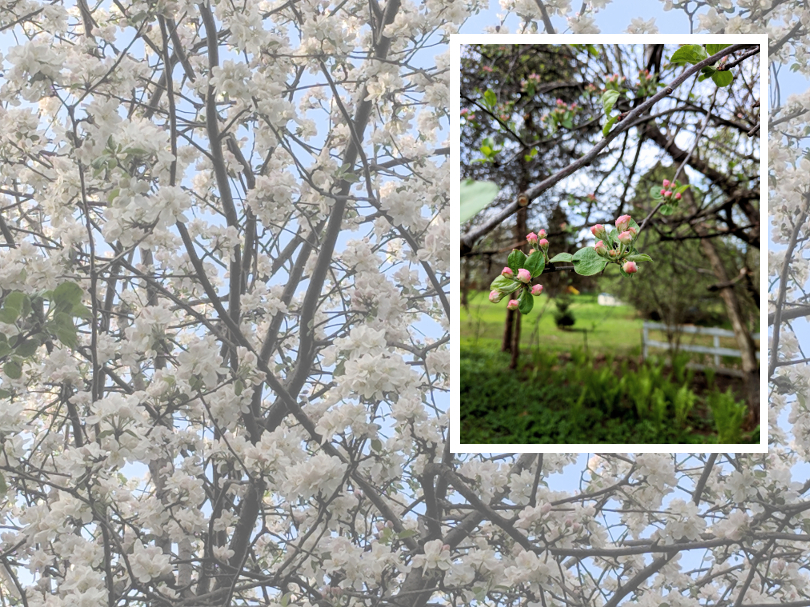 When looking for our house, the yard played a significant, although non-deciding, factor. We looked at houses on several acres, and some with barely any yard at all. The house we chose has a modest third of an acre. While on the smallish side, the yard is arranged well enough that very few of our windows look into any of our neighbors’ windows. And that was a pretty big selling point.

When we first looked at this house, it was at the end of summer. The foliage was a bit overgrown but wonderfully green. I could tell there was an apple tree in the backyard, but the rest of the flora was a mystery.

We moved in at the end of fall, and by then, most of the trees and bushes had shed their green for the winter months. When the long, cold, winter was finally over and everything started to spring to life, though, that was when the wonder truly set in.

I generally like flowers, but as with anything, there are some that I like more than others. In the past I have stated that I wanted Peonies and Lilacs in my yard were we to ever buy a house. And guess what?!? Without even trying, I have both!. An entire wall of lilacs lining one side of the back yard, and three large Peony plants right by the front door. Add to that the most beautiful yellow forsythia, and the apple trees… they are flowering ones! The buzz of the bees when these trees were in full bloom was really something to experience. It filled the air to the point that you could almost feel it as much as you could hear it.

As the weather continued to warm, even more flowers appeared. There are some still unknown bushes next to the driveway and behind the house. Both different kinds, but with their own beautiful white flowers.

My mom got it right when she said “your yard is just full of surprises!”